When you get an acceptance letter from any Canadian institution, you may feel you have a clear path to a study permit, obtaining a work permit and even permanent residency status. However, the truth is that getting a Canadian study permit may be more complicated than you think.

Immigration Refugees and Citizenship Canada (IRCC) allows you to apply for a study permit after getting an acceptance letter from a Canadian-designated learning institution (DLI). The application process can potentially be stressful, considering the approval of any study permit rests with the visa officer’s decision.

As an international student seeking a study permit, you must fulfill the minimum criteria for admission with your institution of choice and complete the application with as many of the documents as possible to support your application. You may still be refused a study permit, even if you meet all the academic and entry requirements for an institution. Common reasons for rejection of study permits by Immigration Refugees Citizenship Canada (IRCC) include:

You must demonstrate that you have sufficient family ties to your home country. This includes proof of family establishment in the home nation, with assets and property. Lack of such evidence may lead to rejection of your study permit as it casts doubt on your intention to return home after finishing your studies.

Even if you don’t currently have a job, the immigration officer will require you to submit documentation to prove that the courses you plan to study will help you qualify for a job in your home country. A letter from the current or prospective employer to confirm the availability of a job in your home country after completion of your studies should suffice to demonstrate employment prospects.

While you may only be required to show proof of enough finances for the first year of your study, IRCC may still deny your permit application if they suspect financial inadequacy. If your study program will involve more than one year, in particular, it helps demonstrate proof of sufficient financial resources to reduce your chances of rejection.

If your study permit application is refused because of financial inadequacy, you should carefully review the financial documents you submitted. Address all the concerns by the visa officer and submit additional documents such as proof of property ownership in your home country to show that you can meet the financial requirements.

A study permit only grants temporary residency status, where you’ll need to depart Canada upon permission expiry. But the government of Canada still allows you under the Express Entry program to aim to seek permanent residency status later.

This doesn’t mean you should intend to stay if the permit expires before achieving permanent resident status. Canadian visa officers must distinguish between applicants who hold genuine dual intent and those who have no intention of leaving Canada. Failure to demonstrate genuine dual intent can be a reason for temporary resident visa refusal.

5. An incomplete record of travel history

An incomplete travel history outside your home country may hurt your chances of getting a Canadian study permit. The IRCC must be able to verify your travel history and identity documents to establish if you’re admissible to Canada.

If you’re planning to study in Canada, consider making some trips in advance, to build a travel history. Always review your documents to find problematic areas and other blank spaces when denied a study permit due to incomplete travel history.

The judicial review process for rejected study permits in BC

According to the IRCC, more than 30 percent of study permit applications in BC are refused annually. The refusal rates may have increased, considering the large number of international students seeking to study in Canada.

A refusal, however, is not the end of the road for many whose study permits have been denied. Options include re-applying for the permit, with professional help with the application process, or a judicial review. A new application is recommended when it is clear that you can improve the initial application. Immigration lawyers are experts in spotting problems in your application and the accompanying documents.

A judicial review of a study permit refusal can be filed if due process was not followed by IRCC. A court ruling may send the study permit application back to another visa officer for reconsideration if there’s sufficient evidence to prove unfair refusal. Judicial reviews can be the only option remaining for applicants who have been refused more than once, and immigration officers are refusing an application that contains very similar information to previously submitted applications.

How the judicial review process works

A judicial review for refused study permits involves asking the Federal Court to review the visa officer’s decision to turn down your application. This is the best challenge to the IRCC ruling if the original application already presents your case as strongly as possible. Overturning the initial decision by the Federal Courts means the IRCC will be required to have your application reviewed by a different visa officer.

The two stages of an application for judicial review include:

The application for “leave”

Application for leave involves asking the Court for permission to have your case reviewed. You must support your appeal by demonstrating to the Court that the decision to refuse your study permit was unfair, unreasonable, and erroneous.

If the Court gives leave, it moves to the next step of an in-depth review process. At this stage, your chances of overturning the study permit refusal are high, provided you have a good immigration lawyer with a good defence.

The Court’s actual review of the refusal (Judicial Review) occurs only if the courts have granted permission. You can attend an oral hearing before the Federal Court with your immigration lawyer to explain why you think the initial decision was unfair. Following Covid lockdowns and restrictions, these petitions are now often made online.

A judicial review is not an appeal, meaning the Federal Court won’t reverse or substitute the decision. The courts only set aside the original decision, and the study permit approval is sent back to be redetermined by a different visa officer.

If you need to re-submit documents, your lawyer can help you identify a significant weakness that can be addressed to give you another shot at studying in Canada. Immigration lawyers understand the proper due process and the required documentation and can ensure that the application and documentation are free of errors and omissions. Some of the specific arguments an immigration lawyer can use to convince the courts the refusal was unfair to include:

1. They participated in the documentation process

A lawyer’s assistance with the fixing and proper documentation is often enough evidence that the visa officer may not have followed the law in their decision-making. Experienced immigration lawyers are very knowledgeable about Canada’s immigration laws, and the chances of erroneous documentation can be considered slim.

2. There was an unfair hearing

When a lawyer handles an application, the immigration officer may pay more attention when assessing an application. They can disprove reasons given for refusal and draw upon previous court cases that favour the underlying circumstances.

If a visa officer refuses the application, they must justify the refusal based on the facts presented in the application. Anything short of that invalidates their decision to refuse study permits.

It’s always advisable to work with an immigration lawyer from the start to prepare a strong application for a study permit.

It can be frustrating and life-altering to be refused a Canadian study permit, especially if you’re unaware of the reasons. The IRCC will notify you of their decision to deny you the permit, but this doesn’t mean it’s the end of the road. You can contact an immigration lawyer to lay the groundwork for an application for Judicial Review. 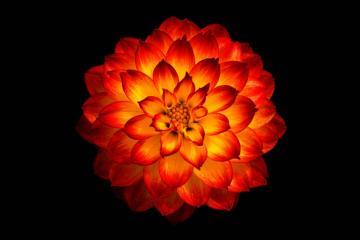 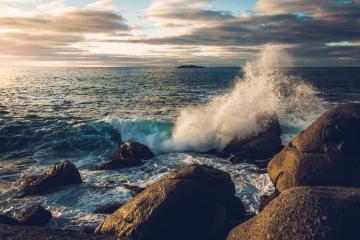