Despite Canada’s recent population growth, there are still skills and labour shortages in many industries. The country’s population mostly comprises an aging population and international immigrants, representing approximately two-thirds of the population growth.

Under Canada’s Temporary Foreign Workers Program, Canadian employers are allowed to hire foreigners to fill the labour shortages in the country. Employers seeking to recruit must first apply for a Labor Market Impact Assessment (LMIA) to determine whether they can temporarily hire a foreign worker to fill the positions in their businesses.

The Labour Market Impact Assessment validates a need for a temporary worker and that no Canadians or permanent residents qualify for the job. Employers will only be exempted from the LMIA requirement if their job offers do not fall under the auspices of the TFWP. To qualify for Canada’s Temporary Foreign Workers Program, an applicant must;

The recent data from Employment and Social Development Canada (ESDC) revealed the country’s unemployment rate fell to 5.5%. This was necessitated by adding 337,000 jobs in February 2022 as one of Canada’s economic recovery highlights. According to ESDC, this is the lowest level of the unemployment rate since the pandemic began.

However, ESDC’s subsequent revelations pointed to a huge gap between the growth of the Canadian economy and the employers’ ability to fill positions. This has prompted the Canadian government to focus on building a reliant workforce in line with the ongoing post-pandemic economic recovery.
On April 4, 2022, the government of Canada announced the Temporary Foreign Worker Program (TFWP) Workforce Solutions Road Map. Under this new roadmap, the Canadian government aims to improve the Temporary Foreign Workers Program conditions for employers and foreign workers.

The roadmap will seek to address the labour shortages throughout the country, improve worker protections, and provide new pathways to permanent residency. Over the next few months, Canada will implement five key policy changes under the newly announced Temporary Foreign Worker (TFW) Program Workforce Solutions Road Map. This will be done in phases, as discussed below.

Under the current TFW program, employers in the seasonal industries such as seafood processing and, with access to foreign workers beyond the low-wage cap, enjoy a seasonal cap Exemption. This extends to an employment duration of 180 calendar days per year.
As per the announced changes to the TFW program, this period will be permanently increased to up to 270 days. In addition, employers will no longer be limited on the number of low-wage positions to fill in seasonal industries. This means that the seasonal cap exemption that has been in place since 2015 is now permanent.

A Labour Market Impact Assessment (LMIA) is a crucial document for employers seeking to recruit under the TFW program. It’s a document every Canadian employer needs to obtain before foreign nationals can apply for work permits through the TFW Program.
The Canadian government enforces this requirement among all employers to ensure that the entry of foreign workers doesn’t affect the Canadian labour market. It’s also one way of ascertaining whether the employer has legitimate job offers.
Before the changes were announced, employers had a nine-month maximum validity for LMIAs. This is set to be temporarily increased to eighteen months to allow employers ample time to manage their human resources.

When an employer applies for an LMIA, they are given a clear outline of the expected duration of a foreign worker’s employment. This duration varies according to the program stream. In most cases, the end date for the employment is typically set following the employment duration specified in the LMIA.
Before the April 4th announcement, the employment duration under the High-Wage and Global Talent Streams was two years maximum. Starting on April 4, 2022, the duration for all LMIAs processed under the High wage and Global Talent streams will benefit from an additional one year to a maximum of three years.

This is welcome news for employers, especially those incurring high hiring costs and challenges in workforce planning. However, the biggest beneficiaries are the employees who can now access pathways to qualify for permanent residency in Canada.

The government allowed for three weeks before implementing the following policy changes to the TFW program. This will be valid from April 30

According to new policy changes, employers in sectors with demonstrated labour shortages for low-wage positions will be permitted to hire up to 30% of their workforce through the TFWP for one year. The seven sectors targeted include;

2. Repeal of the 6% Refusal to Process LMIA Applications

Currently, the TFW Program automatically refuses to process LMIA applications for specific low-wage jobs under Food Services and Retail Trade sectors. This is especially in regions with reported high unemployment rates of 6% and higher.

But as of April 30, 2022, the Canadian government will end this policy and allow LMIA applications even when the unemployment conditions in a given economic region are higher than 6 %. However, the government is still working to ensure Canadians are considered first for employment opportunities in these regions.

That’s why the LMIAs must still demonstrate why they need foreign workers. The goal is to ensure real labour shortages are addressed without taking away the opportunities from Canadians.

In addition to the announced changes, we should expect more compliance measures to protect TFWs better. ESDC has now embarked on rebuilding its TFW compliance regime and targeting higher-risk employers through a risk-based comprehensive approach. Here’s what we can expect; 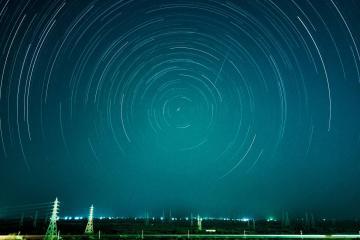 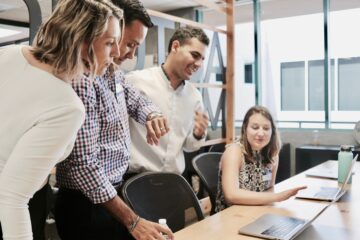